The angels certainly looked after us today! The sun shone down on Raystede's Summer Fair and a good time was had by all.

The day didn't start too well as The Healing Animals pitch was right next to the enormous speaker. At one point we thought we would be disco-healing. The kind staff at Raystede quickly arranged for the speaker to be moved and we were off.

Linda Barker opened the fair and we were delighted when one of the dogs we were involved with rescuing from Portugal came first in the dog show.

Several beautiful dogs came for healing - including two wonderful elderly staffies, an elderly Jack Russell and an assortment of Designer Dogs as we like to call the cross breeds.

There was a lot of interest from people wanting to know more about the courses offered by HAO and with luck there will be a new batch of students as a result of our day. There was also a very intelligent retriever who was most interested in Elizabeth's book!

Lesley, Ruth, Emma and Bish also did several human healings - including one on our own Karen, who enjoyed it so much she nodded off for ten minutes!

Here's hoping that a great deal of money was raised for the animals.
Karen Lippet HAO Grad 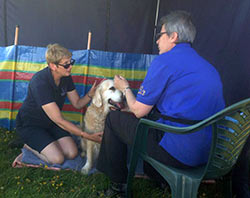 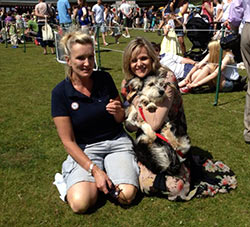 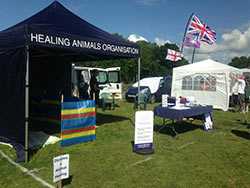 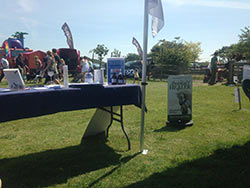 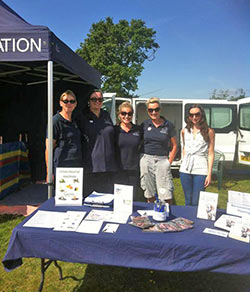 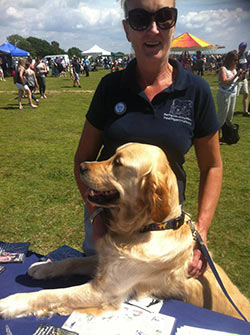 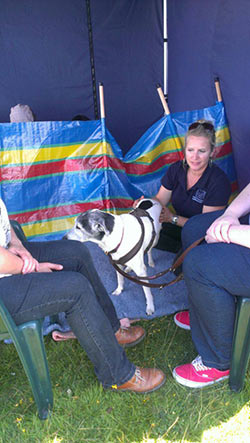